with travel softball done for about 3 weeks, we totally are taking advantage of spending time with friends and just hanging out.

we got together with 2 of our fav fams and just chilled...and laughed, a lot.
joey is totally being preggers like his wife, darcy...he's almost got it, i think!

the kids just played...and i can't tell you how awesome it was!

what would hang out be without some awesome competition...major corn hole tournament!

and in the end...me and karen were totally killing it and a thunderstorm came and made us quit and then brian and joey cheated and got "champion".  i don't know how that happened...i mean, girls have to chat and why can't they just hang out while we chat before starting another round.
silly boys...
anyway, good friends are a total treasure and so much fun!!

Email ThisBlogThis!Share to TwitterShare to FacebookShare to Pinterest
Labels: friends

working at the car wash...

sofia is totally into the pretend play right now...
she's loving her school bus full of little people and animals and lately, well, there has been some mayhem.
on the drive to school, the kids decided to "twash" {trash} the bus and it then, needed a car wash.

i would like to point out that the lecturing abilities of said 2 year old bus driver were quite good and impressive and very, very hilarious!
i notice that my gerber daisy was the flipping car washer.
{this proves, btw, why all of my things are not nice anymore bc if there were, they would be a good car buffer}

{{noting the awesome sound effects by the perched lips}}

and during the rinse cycle, she discovered there was a camera...so we got us some CHEESE.

...and big sis stepped in to bring it all around to the end.

and then i noticed, i have 2 of my daughters, doing a car wash.  one in a bikini and the other, well, topless.  i sure hope that says nothing about our future.
at 12:07 AM 3 comments: Links to this post

a few things me and the fam did NOT do the last 3 weeks...
{{bc i'm totally behind and there's so much stuff to tell}}
our hooptie DID NOT run out of battery bc paige was NOT waiting in the escalade at b's OT and passing time by watching movies.  paige DID NOT lose track of life bc her bf was there.  hubs DID NOT rescue us like a super hero!!!
sofia lets out a toot go...i DID NOT say, "sofia, what do you say when that happens?"
sofia DID NOT respond, 'i farted. thank u.'

hubs asks sofia, "sof, why do you talk so much?"  sofia DID NOT respond with, "i have things in my head."  she is NOT too smart for her own good.
driving past starbucks sofia DID NOT say, "starbucks, momma.  i wanna donut.  mommy coffee. i wanna donut."  i DID NOT do this to her. oops.
during my boot camp workout, in one hour, the carbon dioxide detector DID NOT go off from spraying lysol bc  one of my kids DID NOT have a potty mess all over my trainers entire basement and first floor. another one of my kiddos child DID NOT have a bloody lip.  i DID NOT end up mopping the floor of my trainers house and cleaning the stairs.  and in the end, i DID NOT only burn 650 calories.

paige DID NOT tell hubs, "you stink...don't embarrass me, dad".  sofia DID NOT jump in and say, "paigey, daddy nice guy.  be nice." way to go girl...take up for the only man!!
b and me DID NOT have alone time and do lunch at don pablos.  i DID NOT get this bathroom report from her, 'that girl flushed. that one didn't. it's just nasty. neither washed their hands. i'm grossed out.'  i love having a roving reporter with me at all times.
i DID NOT see some of the most major disasters at the softball fields these last weeks...my fav is disaster sighting...middle aged woman, leathery tan, major double muffin top, and a MULLET with (wait for it) moussed over ears!  the 80's DID NOT call and want their mousse back....wow.

sofia DID NOT pretend smack hubs in the face and then say, "cry. you have to cry now."  i don't even know what to say about that.
b DID NOT ask me in the car if babies come out of mom's butts.
i DID NOT say, 'p, jk and s were all born out of their bmoms bellies.
b does NOT respond with, 'wait, where was i born from? was it a butt?'
i DID NOT reply,'no, b, you were born in brit's birth canal.'
brooke DOES NOT respond with, 'i'm so glad bc being born out of a butt is just plain gross!'
i DID NOT cry at toy story 3...like a baby...thinking about paiger being so close to leaving the nest.  then the realization that we have like 16 more years with the youngest, brought both a smile and a tear as well.
hubs DID NOT ask brooke to hop in the tub and at least wash her feet off before bed and her morning shower. she DID NOT say 'God says you can't get in the bath tub when there's lightning. it's in the bible.' well, now...hmmm.

java, our rescued from the outdoors and starving pup, was NOT nursed back to health by us for 10 months...and we DID NOT find her a new home with peeps that are very excited to have her and give her the space she needs for her speedy superpower running.  we DID NOT cry a little seeing her go...
paige DID NOT have a totally epic day full of drama and fright...and it DID NOT end with her crying on her daddy's shoulder.  i DID NOT get all melty inside knowing that the man the good lord put in our lives has been such a blessing...
sad news after all that sappy stuff, hubs DID NOT put the steak fork on the counter where p DID NOT put her jacket.  p DID NOT pull her jacket and consequently the fork right down on her toe!
she was NOT impaled by steak fork on her big toe...and it has NOT bruised.  we have NOT laughed incessantly about the whole thing every single day since.

i DID NOT pack a picnic lunch for the girlies to go to he park whilst paige DID NOT have driving time in driver's ed {it's true}.  it was NOT an epic fail.  i was NOT the only one who ate my food and was allowed to play on the playground equipment for 45 minutes.  why, oh why, do i even try?
i DID NOT put princess press on nails on jada's fingernails bc she earned them with good behavior.  she DID NOT instantly turn into a snobby princess who said, "i can not get dressed.  i have nails now. you will have to do that for me."
the nails, although gorgeous, DID NOT get pulled off in 40 minutes by jada when she decided it was more fun to put them on than deal with them in wiping her booty.

at a quick wal-mart run, there was NOT here's a lady in the parking space next to us, smoking her cig, waxing her truck and chatting it up with her girlfriends on the phone.  that was NOT one of the oddest things i had seen in a while.

i DID NOT get to go celebrate with my girlfriends at a baby shower for my bud, darcy.  she IS NOT precious and i am NOT def the oldest friend she has...and that DOES NOT make me feel both old and lucky!

brooke DID NOT report from sunday school and her new "moved up classroom", 'there were bullies in my class this morn. you know God's blood? yep, they thre it at us.' i'm hoping that's the felt board kinda blood, because i don't even wanna know what that means.

Email ThisBlogThis!Share to TwitterShare to FacebookShare to Pinterest
Labels: not me monday

so i'm on the hook for brooke's bday in a few weeks...and i just love to look at all the ideas. i mean, i love doing the party stuff...
cupcake centerpieces {ala how does she} are perfect-o for any girlie party!!!

and i kinda just have to do this whole PINKY PUKE thing she has going on...

sadly, it make sme happy to see that much sweetness in one place!
and let me show you what brooke has thus far requested...the d$&$@# unicorn!
seriously...not my idea of pinky loveliness.
maybe if i add these precious toppers it will make her happy enough... Email ThisBlogThis!Share to TwitterShare to FacebookShare to Pinterest
Labels: bday

hubs and i got to escape for like 5 days on a hs conference/summer camp with paige.
i always knew that paige was a good kid...she leads by example, she is devoted, she's steady, she's focused.  but seeing her again this year, worshipping and diving even deeper into her faith, well, it just makes my heart swell.

one night at the end of lesson and worship, we were all leaving to go to small groups and i look up and see paige hugging hubs like there's no tomorrow.  i can't really explain how much i loved them both at that very point...
anyway, we had a great time.  it poured on the beach the entire time we were there.  we got a few hours of non-rain time, but it was still awesome.

god speaks to me the clearest when i am able to hear...you know, like in the midst of a hug between father and daughter or in the midst of a rainy beach walk or even in the midst of quiet time where i have intentionally taken time to sit with him.  he clearly spoke...i def know that i have a kid who is awesome.

i swear, i'm still here.  life has certainly been whipping me around of late...i'm not gonna lie.
hubs, paige and me, along with 55 other students and leaders, headed to bigstuf, a hs summer camp on the beaches of panama city beach a few weeks ago...and since then, well, it's been a blur.

there's been softball, softball and more softball.  b got violently ill with her kidneys last week and we have been on kidney watch since.  i'm photographing quite a bit and well, building more portfolio action.  what

i've also been teaching a hs girls bible study, leading the college ministry and preaching on "desire" on sunday morning for the next 3 weeks.
[insert deep breath here]
well, here's the deal-io, i miss blogland.  i find time to tweet while sitting in the dr offices or on the road trips, but i'm still here!  and maybe tomorrow i will do a NOT ME post for the last 2 weeks bc there some things you just have to know!!! 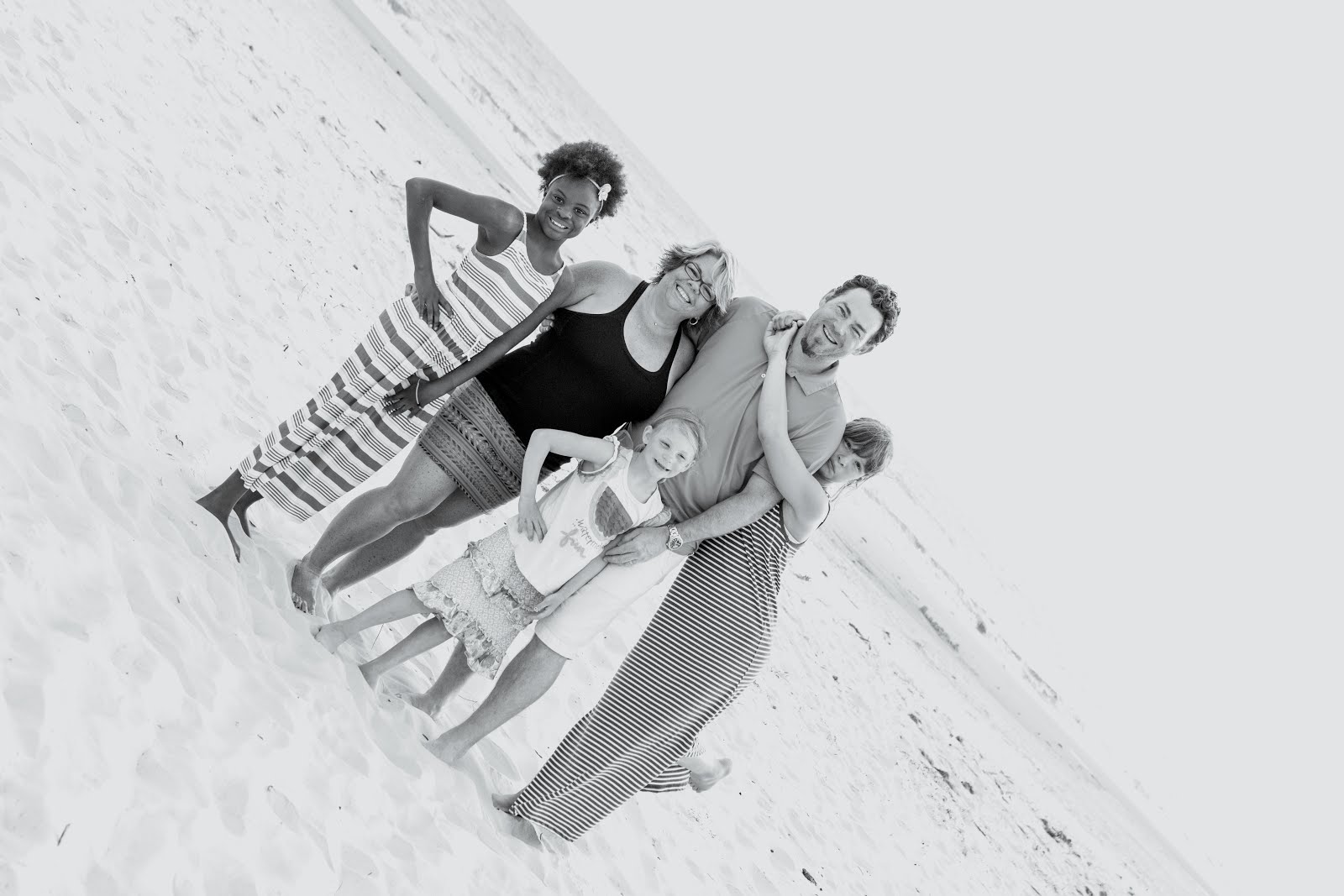 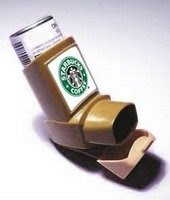